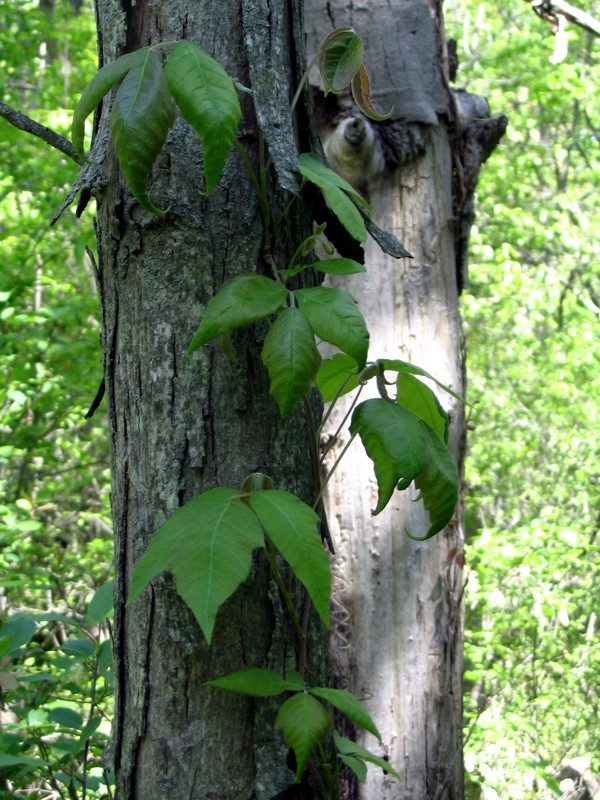 Some people think that poison ivy is always a low lying plant, yet it isn't uncommon for it to become a woody climbing vine/shrub on trees and old fences. Pictured below is poison ivy climbing up a Shagbark Hickory on the east side of Haldimand Road 54 opposite Ruthven Park National Historic Site. This picture was taken by Jan Hember, 2008 May 24 Saturday, during the building of a new portion of the Grand Valley Trail. An excellent resource is Poison Ivy - Ontario Trees and Shrubs by Walter Muma (link below)

"Poison-ivy is sometimes mistakenly called Poison-oak because some plants have very coarsely toothed or lobed leaflets. The true Poison-oak, Rhus toxicodendron L. (not illustrated) occurs in the southern United States, but not in Canada." - Ontario Ministry of Agriculture, Food and Rural Affairs